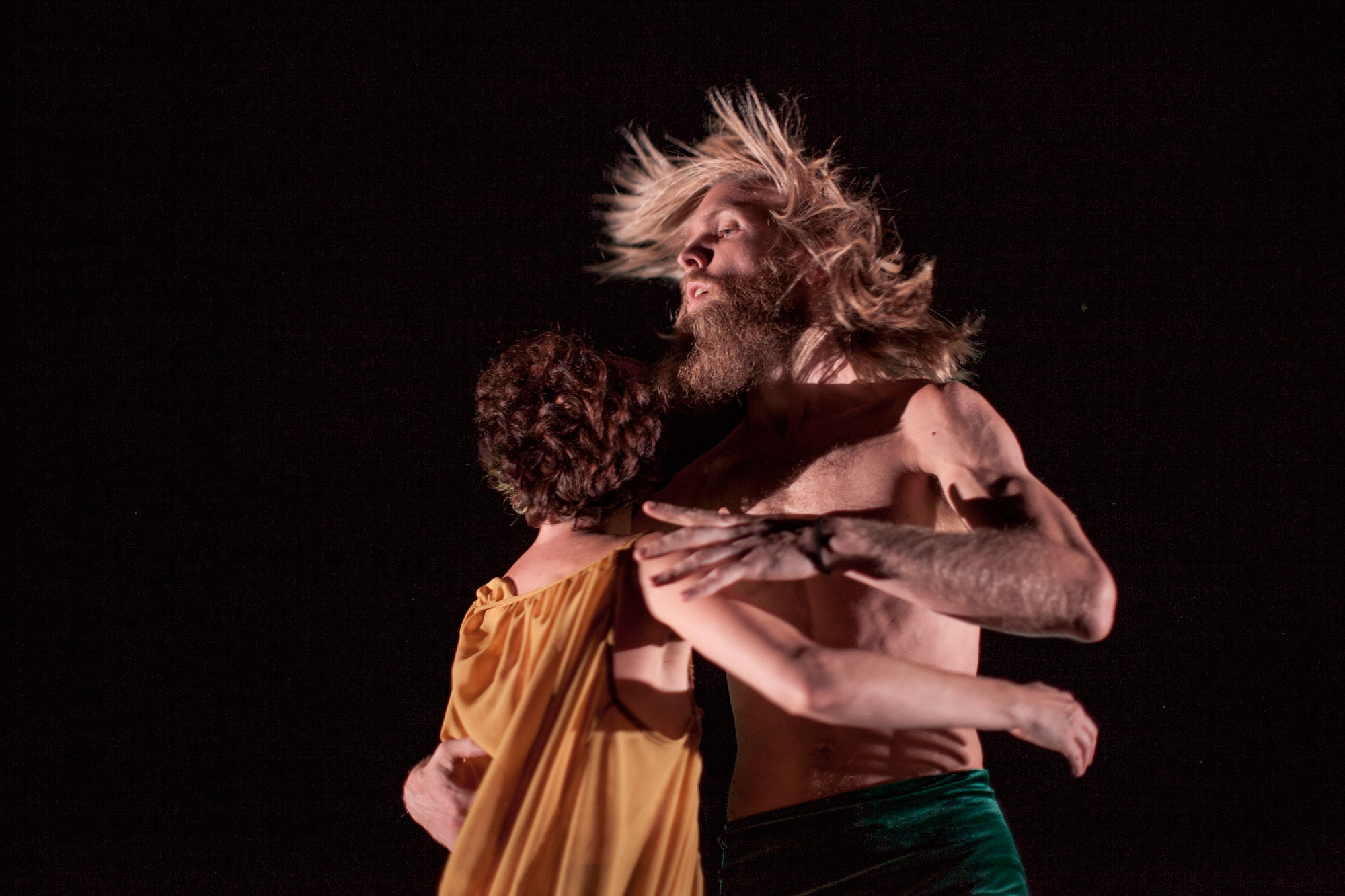 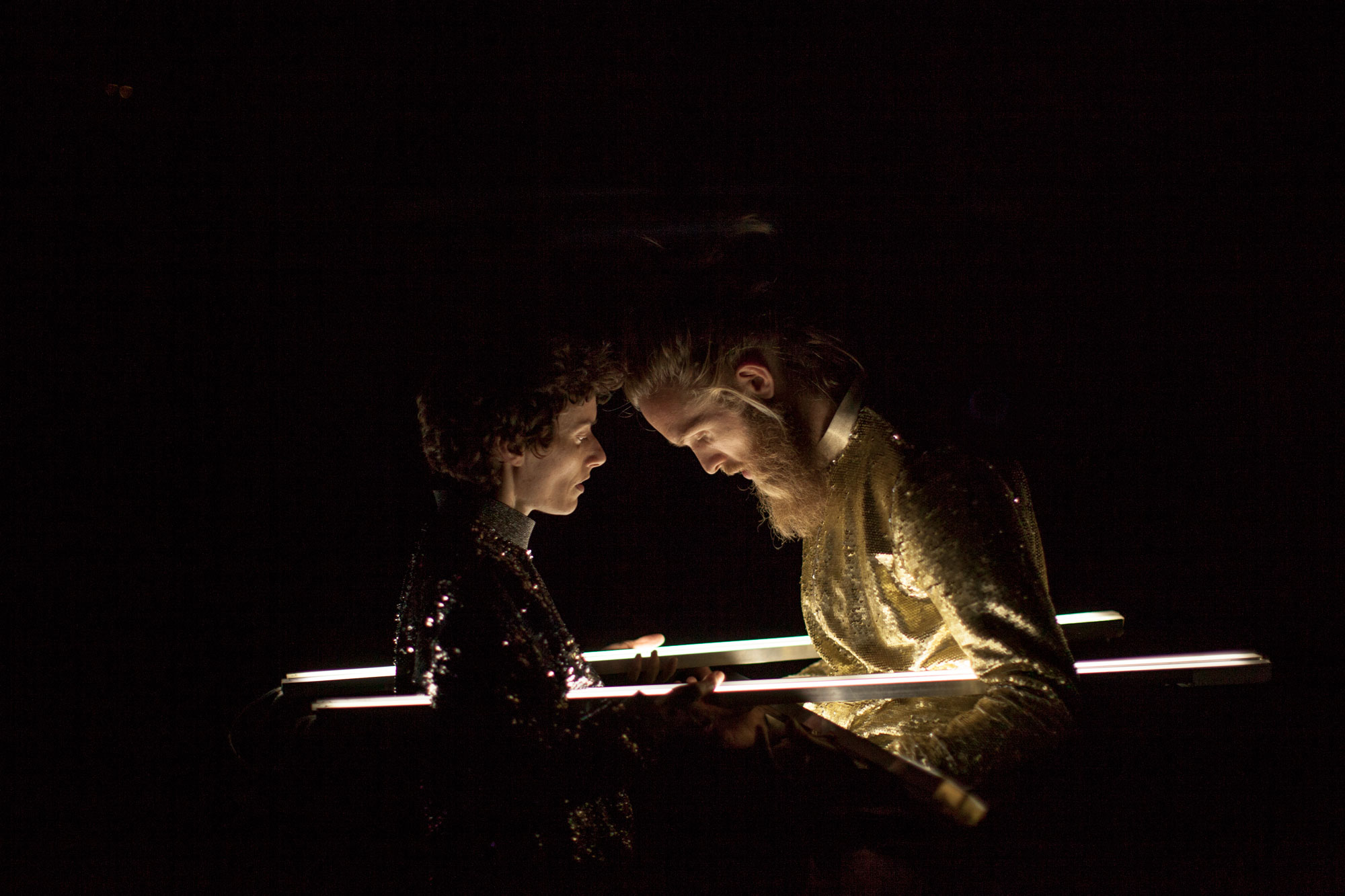 This Fall/Winter season brings new creations and creative processes in which the company is immersed, from more internal processes related to our upcoming work, Exprímeme,(Life in Process)to commissions and collaborative efforts we have undertaken around the world. In the month of November, it will be possible to see two different works by the company, during the same week, in Madrid: Erritu will be performed on 13 November at the Teatro del Bosque in Mostoles; and on 18 November Dosis de paraíso (Dose of Paradise) will be performed in San Sebastian de los Reyes.Several of our shows are still on the road, touring different countries and cities in Spain.

The company’s new creation is a joint production with Teatros del Canal(theaters) and puts a twist on our regular line by making a commitment to the exploration of dance’s creative processes and how they are profoundly connected to artists’ personal ones. Through our work we aim to encourage audiences to observe artists’ intimate sides as they search for their unique approaches to their work, as words and movements reveal an expansive process of consciousness about personal relationships, the artist’s role, and creation in dance.

The work-in-progress’s presentation took place on Sunday October 17 at the Teatro Francisco Rabal in Pinto, where it has been possible to draw a recurring audience, with which we dialogue after presenting the process, with this helping us to verify what is being conveyed. This dialogue confirmed the realization of our objectives, as we heard language like “breaking molds,” “impact,” “curiosity,” “surprise,” “weightless space,” “the beauty of the creative process,” “courage,” “intimacy,” “departures” and “life … without any beginning or end.”

In parallel, during the Autumn-Winter season, the company is also engaged in a new creative process for the Conservatory of Burgos (Ana Laguna), a commission that is giving us the opportunity to do research through the practice of INA with students for three months. This period of time during which students can integrate this language of movement allows us to navigate and delve into the practice. It is advantageous to work with a number of students for a prolonged period of time because it gives us the opportunity to focus and to investigate, thoroughly, the possibilities and qualities of movement that this compositional part offers us.

“They found and gave themselves to each other. They discovered the habit of turbulence, the opportunity of the embrace, and the fear of loneliness. Remaining in paradise was no easy task, staying in the present, without the refraction of the past, or the projection of the future.”

Dosis de Paraíso premiered in March 2020 at the Donostia Fair (dFeria), with its feminine version. We are particularly excited to return to the roots of this piece, presenting a female version starring MelaniaOlcina and BegoñaQuiñoneson the 2021 Fall/Winter tour.

In the month of October we were in Soria and ACoruña. If you still have not enjoyed this experience with us, we look forward to seeing you on November 18 at the Adolfo Marsillach Auditorium/Theater in San Sebastián de los Reyes (Madrid), and on November 26 and 27 at the Teatro Alhambra(Granada).

For those who want to experience a feminine version of part ofDosis de Paraíso,147 ABRAZOS is wrapping up its tour with this edition, presented for the first time, to be performed in Bilbao and Valencia.

We look forward to seeing you!

This commendable creative piece features physically diverse people. Their bodies, with unique and singular shapes, allowed us to create a world inverted, adapted and structured for all of us; a world that was a key to a magical, unexplored portal.

The work forms part of the Power of Balance project, for the Vertigo Dance Company , and premiered worldwide at the Israel Festival, in digital format. It is currently on tour in Israel. The next performance will be in Tel Aviv at the Suzanne Dellal Center for Dance ,on November 17.

After wrapping up this year with great gusto, we will share with you our plans for 2022. We can let you know, nonetheless, that we are going to be involved in several collaborative projects at the international level, and that the first one will be with theL’Explosecompanyof Bogotá, Colombia. In cooperation with them, we will kick off the new year with the work Flow, to premiere at the Teatro Mayor Julio Mario Santo Domingo in Bogotá on February 11 and 12, 2022.

We are still on the move!